The big news around here is that my new book, THE WANTING, will be out in January or February – finally. I know my readers have been waiting – and I think a lot of you have been hoping for a sequel to NOT ME (sorry, it’s not) – but none has been as impatient as I, and I thought I’d tell you a little about how hard it is to write that sophomore book, and the struggle to get it published by a major house in this crazy transition time for publishing.

You know, I began writing seriously at a pretty advanced age – I was in my mid 50’s – and I’ve felt enormous pressure to produce a reasonable oeuvre in the time I have left. First I wrote a “practice” book – I was aware it would probably never be published and I was fine with that – I wanted to hone my craft. As it happened, I was right. It wasn’t published, but it did get me an agent and confirmed for me that I could do what I set out to do. But this work alone took two years. While watching the rejections come in, I sat down and wrote another book – that took only a year for a first draft – it’s the book many of you have read: NOT ME. When I first sent it out, it received about ten rejections –upsetting, but I noticed a similarity in the comments of the editors: They were telling me very clearly needed to be fixed. So I took another six weeks to rewrite it, sent it out, and about two weeks later Random House called. It was, as you can imagine, a life-changing experience.

So okay – one book down. Awards, translations, and, I’m happy to say, I’m still getting royalty checks which seem to get bigger each time. So I can feel good right? Wrong. Because who wants to be a one book author? Maybe if you’re Margaret Mitchell and the book is Gone With The Wind. But I’m not Margaret, and NOT ME is a much smaller achievement. So right away you begin to worry, you begin to doubt, you begin to struggle. After about six months, my agent told me it was time for me to write about my Russia experience (I’d lived there for some time during the Soviet days) – something I’d been avoiding because there was a lot of pain involved for me. But I set to work. I wrote a hundred pages of one version, a hundred pages of another – and I realized I had nothing. That’s when my agent, Michael Carlisle, sat me down at a restaurant up in Squaw Valley, plied me (and himself) with a couple of bottles of Silver Oak cabernet, and in a – let’s make it delicate –tipsy state, Michael said, “Hey, why not set the story in Israel.” I replied, “Huh? What? Why?”

That’s how we talk to each other.

Of course all he was doing was trying to shake me up, help me view the material from a new perspective, get the juices flowing. I don’t think he even remembers making the suggestion. But I followed his advice, and from the very first page, which has barely changed at all in editorial, I knew I had my story.

I was inside it. It was completely real for me. And the words started pouring out.

All that’s really great, but writing is only the tiniest fraction of what it takes to get a book published these days. Particularly if your niche is “literary.”

To give you an idea of the time frame:. I began the first drafts in 2005. Michael’s suggestion came in 2006. By 2007, when I won the Sami Rohr award, I used the prize money to finance six weeks in Israel for research – at that time I was about half way though a first draft. The book, then titled, MY HAPPY LIFE, was ready for submission in 2009. Actually it wasn’t really ready , and I even told Michael that – I said, “I just can’t take it any further without – an editor. It was some 450 pages long, but really was only the bones of the book I intended to write . Michael suggested we submit to Random House anyway because they knew what I was capable of with their help – but, POW! — all my editors at Random House had retired or quit or moved on, and it was like starting from ground zero. No one knew me, and rejection soon followed. As well as at several other houses. So Michael in his great kindness hired a free-lance editor to help. To be honest, she didn’t understand what I was trying to do, but she did help me clarify, tighten, shorten, and especially give more forward motion to the story. By 2010 I had another draft – this time called BIRDS IN FLIGHT. I thought it was great. But then came more rejection. And more rejection.

And then came Deborah Garrison of Pantheon. By this time she had seen it twice (in two different edits) and there was something about it that stuck with her. Deborah took the time to make some serious comments. I, in turn, took those comments to heart, and hiding myself away at a friend’s mansion in Pacific Heights (not a bad booby prize for failure to publish) I did another complete rewrite for submission just to Deb. This time the book was called KORBAN (which is Hebrew for the sacrifices made at the Temple in Jerusalem in biblical times). She read this version with great care, and though she still felt she could not offer me a contract, she was impressed by how well I understood what was needed in the text – and so she offered to work with me – without either of us being paid – to bring the manuscript to such a place that she could sell it to her publisher. And so, once again, with her much more elaborate notes in hand, I secreted myself – this time at Michael’s vacation home in Provence (maybe it’s a good thing to have to do so many revisions – people feel sorry for you!) and in July of 2011 presented a finished draft that Deborah could believe in. Very soon after that a contract was signed.

Of course that was not the end of. Another edit was done, mostly minor, but with a few difficult changes — but now finally, the book is scheduled to come out in January or February of 2013.

That is EIGHT years from rough sketches to finished book.

But here’s the rub. While waiting for Deb to send me her final edits on the book now titled THE WANTING, I sat down, and, in SIX WEEKS, wrote a totally new novel, which Deb has seen and likes, and hopefully will acquire in the very near future.

So my message to all neophyte writers (as I consider myself) : The sophomore book is a bitch, but hang in there. Don’t despair. Okay, you can despair, I certainly did — but don’t give up. Be flexible and allow yourself to listen to what editors are saying, even if they reject your work. Know that the best writing is often the re-writing.

And always do what your agent tells you to do when he’s drunk. 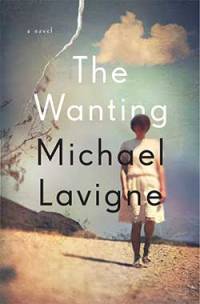